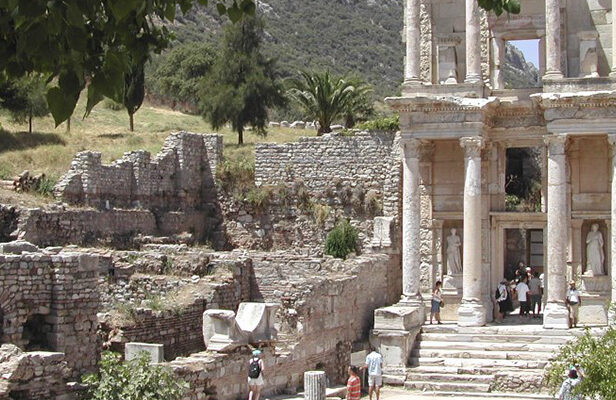 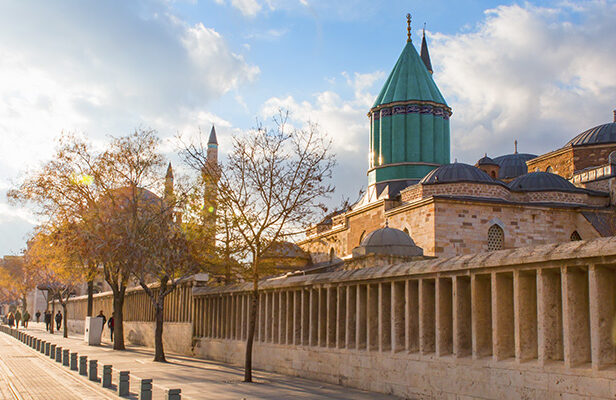 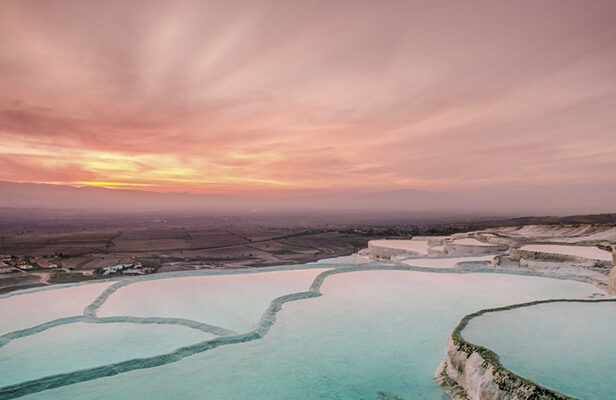 Follow us the main places of the route of the apostle Saint Paul in his travels as a missionary, through the Anatolian peninsula.

After breakfast, departure from the hotel to visit the city. You will know the majestic and elegant Blue Mosque, named for its interior decorations. Then we will visit the Hippodrome, which dates back to the Byzantine period and later the famous Hagia Sophia, built in the 6th century, as a Byzantine cathedral, later converted into a mosque with the Ottoman conquest. After lunch, in a typical restaurant, we will visit the Topkapı Palace, residence of the sultans of the Ottoman Empire, famous for its excellent collection of jewelry and porcelain. The last stop will be at the Grand Bazaar. Back to the hotel.

Breakfast. In the morning departure to Troy, the famous and ancient Ilión, city of nine levels, famous for its history, narrated in The Iliad of Homer. There we can enjoy a replica of the Trojan horse and in general, the ruins of the ancient city, discovered in 1871. Dinner and accommodation in Çanakkale, a city located in the Dardanelles Strait.

Breakfast and departure to the ancient city of Pergamum, one of the most important cultural, commercial and medical centers of the past. In the Acropolis of this famous city we will visit the most inclined theater of the ancient world, the temple of Athena, the library, the agora, the altar of Zeus and the temple of Trajan. The Red Classroom is the largest building of Roman times, located in the lower part of Pergamum. It is supposed to have been built as an Egyptian temple and then converted into a church dedicated to the Apostle Saint John. We continue to Izmir, where we will make a panoramic visit of this beautiful city, the third most important in the country. Departure to Kuşadası. Dinner and accommodation.

Kuşadası- Éfeso- Pamukkale
Breakfast. Departure to Ephesus, the best preserved ancient city of Asia Minor that during the 1st and 2nd centuries had a population of 250,000 inhabitants. We will visit the famous Grand Theater for 25 thousand people, the agora, the Roman baths, the Library of Celsus, the Temple of Hadrian and the Church of the Virgin Mary, where the Third Ecumenical Council was held in the year 431. Finally we will visit the House of the Virgin Mary. According to the Bible and some religious writings, Saint John brought the Virgin Mary to Ephesus, after the death of Christ. The House of the Virgin is visited every year by thousands of pilgrims, in addition to being visited by Pope Paul VI and Pope John Paul II. We continue towards Pamukkale. Arrival and visit of the ancient Hierapolis and the Cotton Castle, natural wonder of giant white waterfalls, stalactites and natural pools formed over the centuries by the sliding of waters laden with calcareous salts from thermal sources. Dinner and accommodation.

Breakfast. Departure to Konya (Iconium) to visit the Monastery of Dervishes Giróvagos founded by Mevlana. San Pablo and San Bernabé were in the old synagogue of the city, which no longer exists. Dinner and accommodation in Cappadocia.

Breakfast. We will dedicate the day to explore and discover this fascinating region, unique in the world, in which together with its fantastic lunar landscape with beautiful and strange lava formations coming from the eruption of Mount Erciyas and the erosion action, we will find an infinity of small towns and churches. The Göreme Valley, an incredible Byzantine monastic complex made up of churches carved into the rock, with beautiful frescoes, the troglodyte villages of Pasabag in Zelve, the natural fortress of Uçhisar, Ortahisar, the fairy chimneys of Ürgüp, cones crowned by flat stones, Avanos, village of potters, and craft centers. The underground city of Özkonak is the last stop, built with cereal deposits, bedrooms and ventilation shafts, the site was used as a refuge by the Christians of the time. Dinner and accommodation.

After breakfast, departure to Antalya. On the route we will visit one of the best known caravansarays (lodges for caravans) of the Seljuk period. Continue to Antalya. Dinner and accommodation.

stadium and agora of the Roman era. San Pablo and San Bernabé passed through Perge on his first trips to Antioch. We will also visit the famous theater of Aspendos. In the afternoon, visit to the Antalya Museum. At the agreed time, transfer to the airport to depart on the afternoon flight to Istanbul. Arrive and transfer to the hotel.

Breakfast. Free day in which we will take advantage to see the city on our own or make some optional excursions.

Breakfast. Transfer to the airport and return to Spain.

There are no reviews yet.